The Future of tablets! 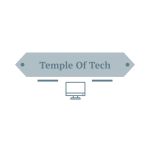 Tablets have had their ups and downs in the last few years, especially the android side of tablets. This side of the smart gadgets market is always “fighting” many wars with smartphones and laptops.

Apple had the most significant market share on the tablets market, with it being close to triple the market share of the second place, which is Samsung in this case. They have had tremendous success with their tablet lineups. And in the last few years, they are trying to make them more similar to laptops. They still have a lot to do so they can achieve that, but they are on the right track.

Android tablets have always been overwhelmed by iPads. But in recent years, there have been some great android tablets that can go head to head with the latest and greatest iPads. Especially the newest tablet from Samsung, it is going to be one of the best competitors for the iPad. Samsung has made some significant improvements to a lot of different departments, with the main ones being on the SPen technology and the screen.

Windows tablets are also the closest to a laptop out there, the main reason being the operating system. Amazon is also on the tablet market, their products mostly consist of eBook readers and tablets just for the purpose of buying on their website.

The tablet market is almost nothing compared to the smartphone one. But there still is a market for them. These high-end tablets, like iPads or the Galaxy Tab S7, are used a lot by artists and by content creators, especially mobile gaming content creators. These devices offer more performance, then flagship smartphones and make your life easier. Apart from that, tablets are also used as eBook readers. With most of our world being online now, you can just get one device to do a lot of the things you want and, in most cases, that results in being a tablet. As far as the future of these devices goes, it will still remain intact. But if the manufacturers make tablets similar to laptops, the laptop market is to be the one that will have to worry about it.